The first part of the hotel was built in the 1930's, on the Hollande et Suisse (Mont Blanc) side. Then, the hotel was managed by Berthe, wife of Pépé Luc, mountain guide, who only came to replenish the wine cellar, and for breakfast when he would frequently arrive with a lamb which he would feed from a baby's bottle!
In the 1960's, after the death of his mother, Jeannot Tournier took charge of the hôtel. Managed by his wife Nicole, the panoramic roof pool was added, together with the building extension facing the Tourist Office. At that time the terrace area was in fact an ice rink (in winter) and summer terrace. Jeannot Tournier was a well known individual in town, exponent of the ski patinette and the first to practice «clown skiing» mastering the skill of skiing on stilts! Subsequently discovered by Walt Disney, with whom he spent 2 years filming in America, he met many famous actors - including Sean Connery.

The Park Hotel Suisse & Spa is a family run hotel with traditional design. Located in the city centre of Chamonix, it offers a roof-top spa with a panoramic view over the Mont Blanc. The spa includes an outdoor swimming pool & hot tub, two saunas, Turkish baths, massage rooms and a relaxation room. The spa includes a sensory shower.

The hotel has comfort rooms, superior rooms and standard rooms. All have a mountain view and most have a balcony. They are equipped with a private bathroom, separate toilet, hairdryer, mini bar, satellite TV, telephone and safe.

A buffet breakfast is served daily. Guests can enjoy the hotel shaded terrace and order a selection of drinks and snacks from the bar. Happy hours are available from early evening, cocktails and plates of regional specialties, including a selection of cheeses and cold cut meats, can be served.

The hotel features a fitness centre with a rowing machine, a treadmill, an exercise bike, a cross-trainer and weights. Gym classes are available for an extra charge.

The Park Hotel Suisse is opposite the Tourist Information Office and only 50 metres from the bus stop, where shuttles take guests to all ski lifts in Chamonix. 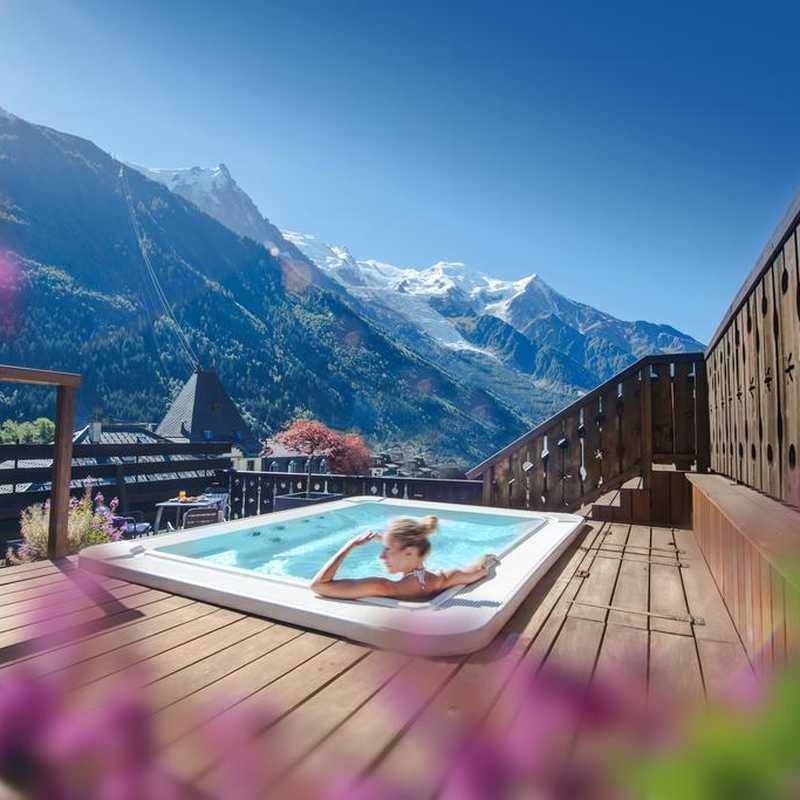